Soundcircles is the new kid on the block, a relatively new app that could be great for audio-visual storytelling. It’s pretty similar to JamSnap which I introduced here three years ago. Both apps let you combine an image with audio. JamSnap had vanished from Apple’s app store for a while but has re-entered it right now; the app didn’t have an easy start, during the first days it felt more like using a beta. But it seems to be working fine now, as you can see right at the bottom of this article. Let’s start with Soundcircles:

Once you’ve opened Soundcircles you can choose to take a picture or pick one from the camera roll:

After you’ve taken your picture or chosen one from the camera roll you can add your audio. You can tap anywhere on the image to place your – right – soundcircle. 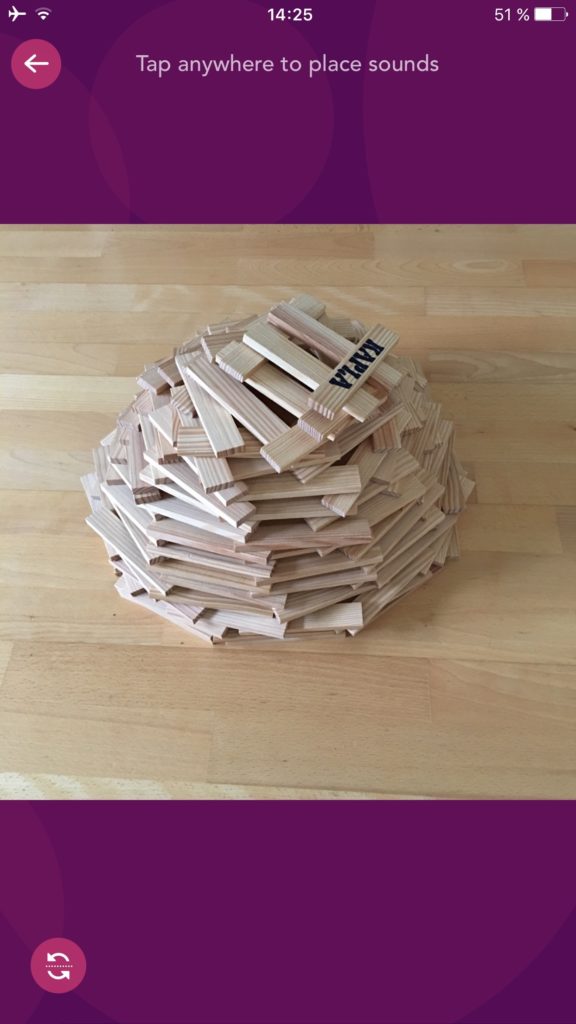 Then several options will pop up. Use the microphone icon to immediately record sound. Forget the other options: they list sounds ranging from movie quotes to noises. You can use them for fun pieces though. 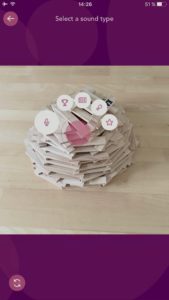 You can place several soundcircles on the image and each recording can last up to 30 seconds. So far, you can only post a link to your Soundcircle in social media. That means that users are transferred to Soundcircles’ website once they’ve clicked on the link in Facebook or Twitter. To get embed code you also have to visit the website. There you can copy the code: 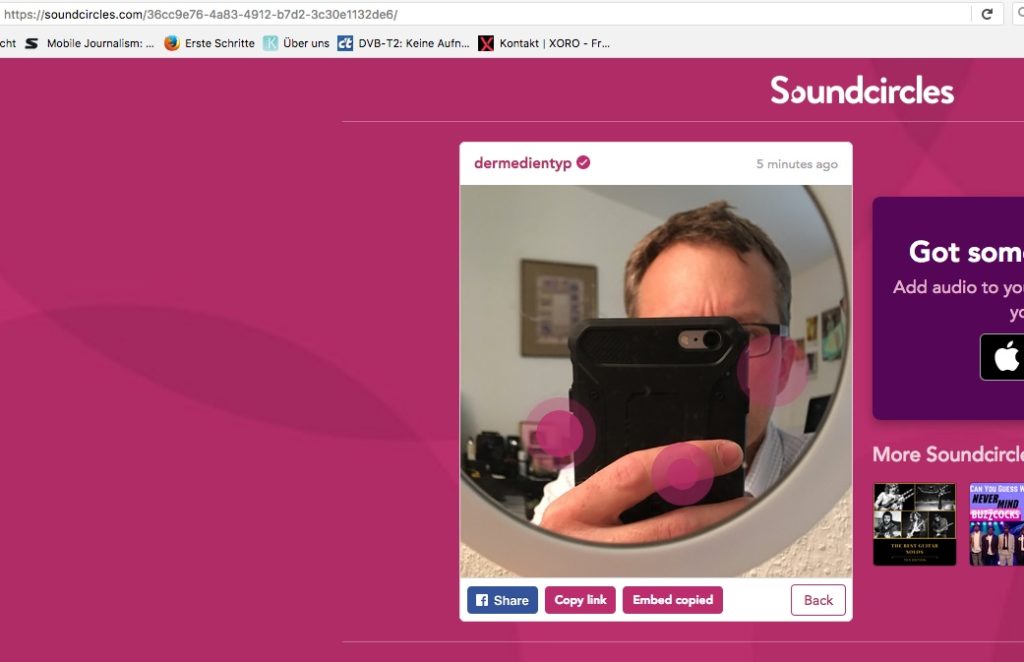 If you want to use pre-recorded audio footage, that’s also possible. First you need a verfied account. Ask Soundcircle via Twitter to do that for you. But then you still have to use a workaround to import audio files from your phone into Soundcircle – iTunes file sharing. That’s not too comfortable if you’re mainly working mobile. I think, however, Soundcircles is a great app, if you want to produce digital content – like interviews – on the go. As this example by BBC 5 live reporter Nick Garnett from the Korean border shows:

JamSnap looks pretty much like Soundcircles – or vice versa. For we have to keep in mind that JamSnap had alreday been in Apple’s app store years ago, before it vanished and had it’s comeback at the beginning of this month.

What I really like about JamSnap is that you can easily import pre-recorded audio via your Dropbox and that you can get the embed code from within the app. So you don’t have to visit the website. But have a look for yourself:

One drawback of both apps is that you have no real control over your material, as your JamSnaps and Soundcircles are stored on some servers God knows where. But this is also true for a lot of useful apps, like Thinglink. If you’re not happy with that thought, have a look at the app Talkee. That app doesn’t offer you to put several audio cicles on the image like Soundcircles and JamSnap do, but instead it gives you only one underlying audio track. However, you can download your piece afterwards as a video file. For some, there might be another drawback: your result will include Talkee’s watersign.