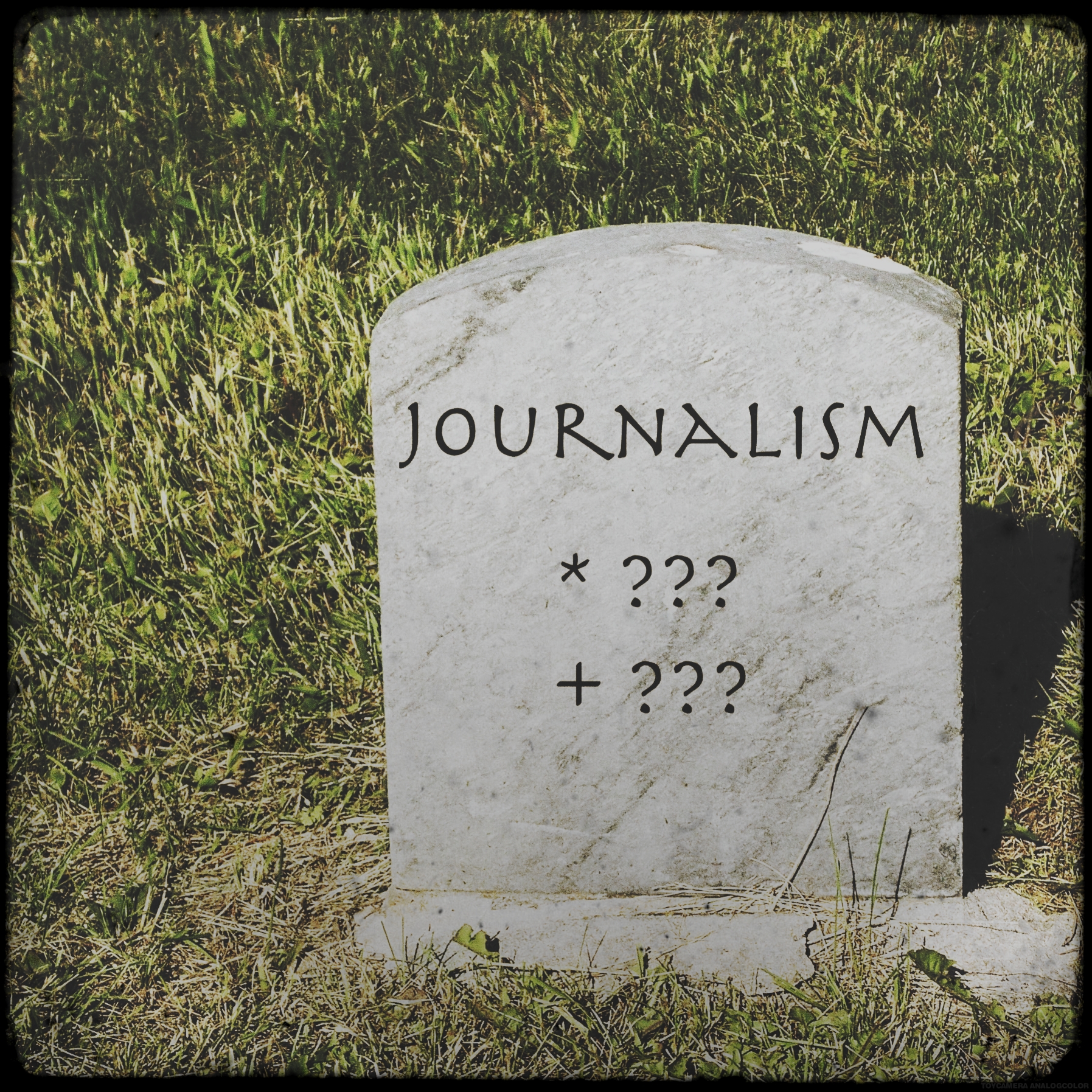 In several articles for the Huffington Post and in a recent interview at the Mobile Journalism Conference (MoJoCON) in Dublin, TV-Journalist Michael Rosenblum argued that Journalism was finished.

In his own words:

There are 3 billion people around the world with iPhones or smart phones in their pockets.

Those phones are not just phones (clearly), but, among other things, remarkably powerful platforms for journalism. You can write on them, shoot photos, record and edit video and even live stream. (…) There is no barrier to being a journalist. Anyone can do it. And they do. This is the content that fills Twitter, Facebook, Instagram, Meerkat and so on. All news and information — all filled by a billion people reporting all the time for free.

So the job of the professional journalist is as dead as the elevator operator.

Michael Rosenblum is right insofar as the Web, the biggest public platform, enables almost everyone to publish text, share photos, videos, soundbites. And, yes, that is a revolution.

But if you start arguing that everyone with a smartphone is a journalist, it’s like saying:

• Everyone who applies stage-makeup is an actor. Or:

• Everyone with a painting brush is an artist. Or:

• Everyone who can read notes can sing a song.

Why doesn’t that add up?

Because you’ve got to be trained to do it properly.

So it’s skill that make a difference. (And I’ll come to that again later.)

Also, I heartily disagree to call all the content that fills social media „news and information“.

At least not news and information by journalistic definition. And that is information that is relevant (= important and not only entertaining) to those we address.

Simply asking somebody questions on YouTube is not conducting an interview.

Journalism is also about meticulous research, about getting information others would / could hardly undig (investigative journalism), about evaluating information, about helping our readers, listeners, watchers, users to make sense of what’s going on around us – and in the world.

And in a world that – through the mass media and the Web – offers an overwhelming amount of information this task of professional journalists – of making sense of it all – seems to me still very necessary.

No, journalism isn’t threatened by the mere fact that billions of people own smartphones.

The job of professional journalist isn’t dead yet, as Michael Rosenblum put it so pointedly.

Yet, I agree that journalism is severely threatened.

And ironically that threat comes from within.

At least in Germany, many publishing houses and broadcasting companies have failed for years to come up with a strategy of how to meaningfully combine their print/radio /TV products with their activities in the Web. In short: they don’t know what to do with the web.

For them, the Web has mostly been the great enemy that has been drawing users away from their newspapers, magazines, radio and TV stations that brought in the cash.

Now that the numbers of their readers and listeners are dwindeling dramatically, now that younger people prefer YouTube or streaming services like Netflix to TV stations with a fixed schedule, most of those publishing houses and broadcasting companies stand there aghast.

They are losing their audience. Thus their income.

And they have no Plan B how to win two generations of digital natives who have completely different user patterns.

The companies’ innovative answer to this challenge is – quite old school – saving money by firing hundreds or thousands of their employed journalists.

And what these companies definitely don’t do is investing money into the further education of their remaining employees.

But that would be extremely necessary.

As I said, it’s all about skills.

Today, journalists must not only know how to write a news story or how to produce a radio or tv feature.

They must also understand how Social Media works. How to engage users. They must understand that in the age of the Web 2.0 or Web 3.0, there are no audiences left. Only users who want to interact.

Journalism is not a one way street anymore: this is our broadcast, now listen to it.

But they and their companies should worry about staying abreast of the times – and of the technical advance.

Journalists should ensure to aquire the skills necessary for using those new technologies – to do their news digging and to tell their stories in a way that no one else can do.