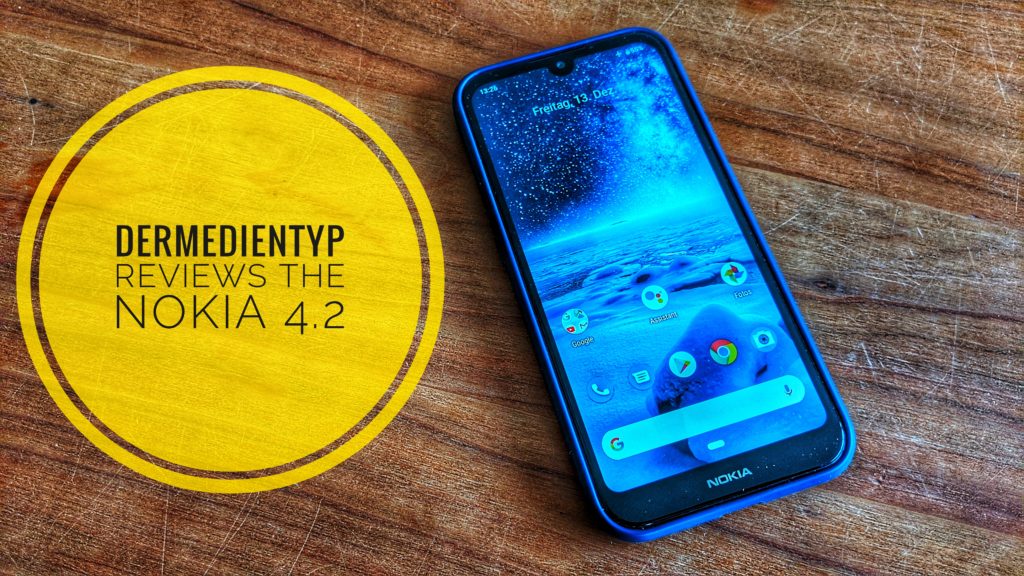 The Nokia 4.2 is a budget smartphone, which I bought for 135 Euro. It has a rather unspectacular processor and only 32 GB of internal storage. So I asked myself: can you do mobile journalism with a phone as inexpensive as this? The answer is a definite: yesno. Here’s what you get for your money.

The Processor and the Operating System

It’s true that the Snapdragon 439 is only an entry level processor, but the Nokia 4.2 performs despite this pretty well: apps start reasonably quickly and surfing the web is fine. That’s most likely due to the operating system – Android Pie (9) in it’s pure form, the so called Android One. Sounds Confusing? Android 9 as Android One? That simply means that this Android 9 is a stock version without third party apps or bloatware. As a bonus Android One guarantees two years of OS upgrades and three years of security patches.

It’s only when you export videos or open photos with some MBs that you notice the processor: it takes its time. So when you’ve taken a picture, it’s not immediately visible when you click on the preview. However, I find the lack of speed still tolerable when you think of the phone’s price tag.

The Camera of the Nokia 4.2

I was pleasantly surprised that the camera app has a pro mode, that means that you can manually adjust the white balance, ISO values, focus, and exposure. But only for photos. If you want to film video footage, you can’t even lock focus or exposure. And the native camera app doesn’t recognize external microphones, either. That disqualifies it for mojo filming. But you can use third party apps like Open Camera and Filmic Pro. Yes, Filmic Pro runs on this smartphone! We’ll come to this later.

What Photo Quality can you expect from this smartphone?

So how do the actual photos look like? I found them a trifle too bland, but maybe I’ve become used to Samsungs’s over saturated images. It was also was a pretty grey day when I tested the Nokia 4.2. Not the best of conditions.

In difficult light situations, I found that the Nokia’s camera did better than I had expexted. (Always keep in mind that we’re talking about a 135 Euro phone here.)

And now have a look at the same image shot with a Pixel 3a. Can you spot the difference?

And another low light comparison between the Nokia 4.2 (first image) and the Pixel 3a (second image):

The Native camera also boasts a so called Live Bokeh which artificially blurs the background of photos. That does its job pretty well as long as the object is made of one solid form. It fails if the object is more complex.

What do the Videos of the Nokia 4.2 look like?

If you want to use the Nokia 4.2 for filming than you need third party apps, as you can’t lock focus or exposure in the native camera app. Luckily Open Camera and even Filmic Pro run on this smartphone smoothly. The following two examples were filmed with the native camera app though – in Full HD (1080p).

Which Mobile Journalism Apps run on the Nokia 4.2?

I tested the Nokia 4.2 with several apps suitable for mobile journalism, here’s the result: √ = works | ø = works with restrictions

• Filmic Pro √ (records Full HD – 1080p – with both, the main and the front camera, recognizes microphones)

• Kinemaster ø (The app works on the Nokia 4.2, but lets you only export 1 video layer with 720p or two video layers with 540p. That means you can demonstrate the functions of the app while teaching, for example. But for editing on the Nokia better use InShot or PowerDirector: they both export your video with 1080p.)

Budget Android phones have become much better and more powerful since I last tested one in 2016 – the Lenny 3. I think the Nokia 4.2 is pretty good – for its price. As you can’t expect too much from an entry level smartphone, it won’t make you happy if you want to cover the whole range of mobile journalism. However, I can see three secenarios when the phone could be useful: 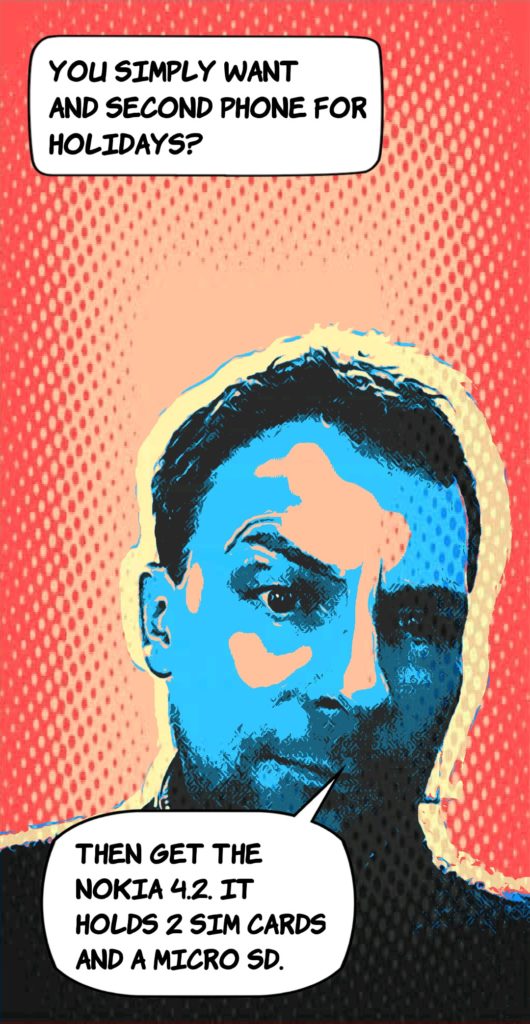 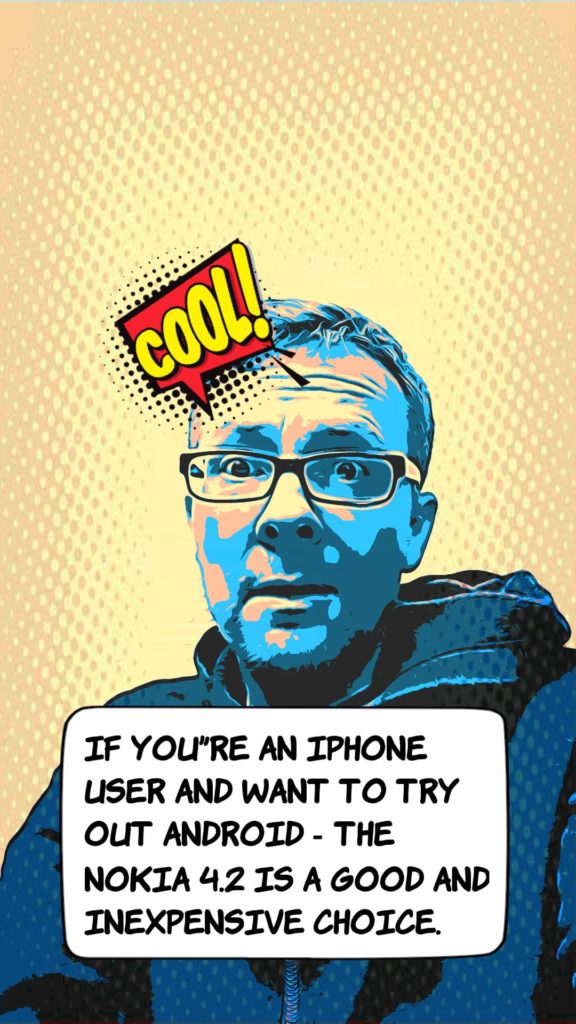 By the way, these last three images were produced with the app Comica which I like dearly for social media. You can get the app here.

For the more technically minded among you, you’ll find a more extensive test in English here: with additional notes on the quality of the display, benchmarks, etc.

Disclaimer: I bought the Nokia 4.2 myself for this review and nobody pays me for my recommendations.