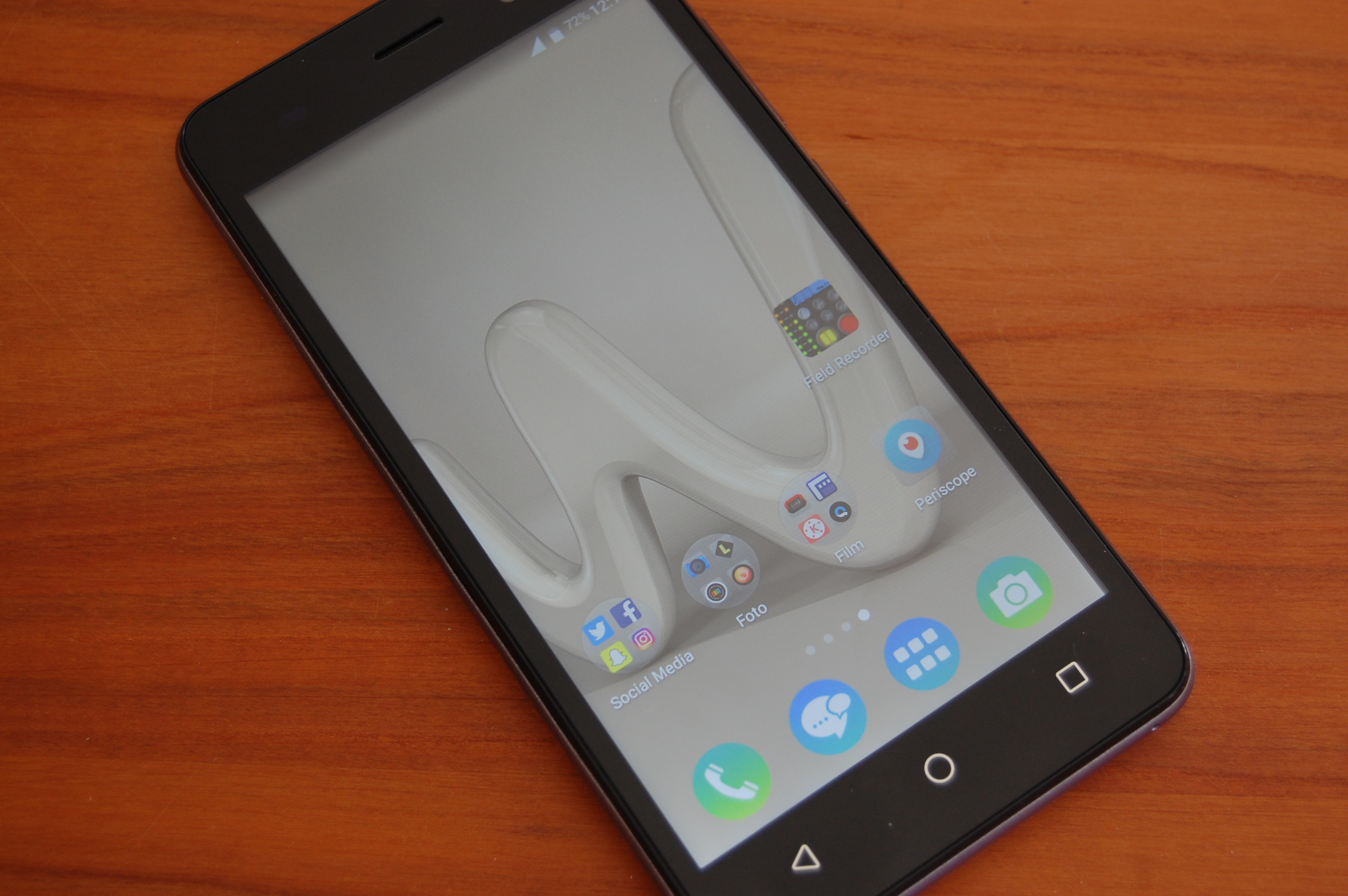 When journalists talk about mobile journalism or mobile reporting, they mostly talk about Apple devices. The iPhone is their tool of choice. And no doubt it’s a very powerful smartphone.

However, for the last years the top Android phones have caught up and offer an interesting – and often less expensive – alternative.

But what about cheap Android phones? There are lots of them around. And I wondered: is mobile journalism at all possible with a phone that costs around a 100 Euros?

I went into the next store and bought a Lenny 3, which is designed by the French company Wiko and assembled – like most other phones – in China. I had done a bit research beforehand. And the specs of the Lenny 3 looked alright at first glance:

Android 6 aka Marshmallow, 16 GB ROM (expandable via SD card up to 32 GB), 1 GB RAM, rear camera 8 MP, front camera 5 MP, exchangeable battery. Not a high flyer, but, hey, we’re talking about a hundred Euros here. And better than those other cheap smartphones with Android 5.01 and 8 GB ROM.

And isn’t that an intriguing thought: If your office is running on a tight budget, you could equip eight Mojos with a Lenny 3 for the price of one iPhone.

So does the Lenny 3 qualify for mobile reporting?

The answer’s a definite “not really”.

Here’s the summary of the pros and cons first:

To be sure: in this price category, the Lenny 3 is certainly not bad. But if you want to do professional mobile journalism, this smartphone won’t suffice.

In the following, you won’t find a test with benchmark results, charts and tables. Rather, I’ve tested how the Lenny 3 was performing at the several tasks for which a mobile journalist would need the phone: that is

• taking pictures and editing them on the phone.

• filming video and edit the footage on the phone.

• recording audio and edit it on the phone.

The native camera app has a clean cut user interface, and you can switch from normal (aka point-and-shoot-) mode into what is called Professional Mode: 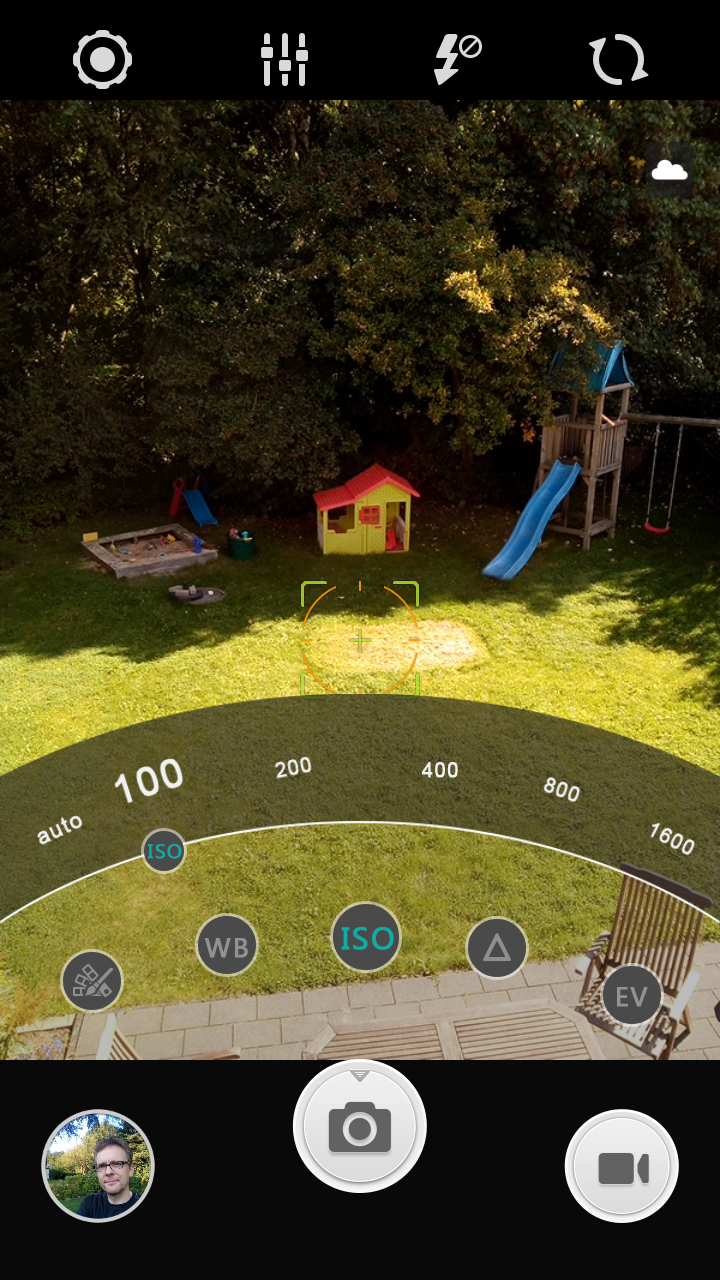 In that mode, you can manually set for instance ISO, White Balance, Exposure Compensation, Light Metering Mode. So there’s no immediate need for a third party camera app as long as you only want more manual control. The app has also different programmes: Panorama Mode, Night Mode, HDR Mode and one for sports images. The HDR one overdoes it a bit, so the image looks rather artificial.

As far a the hardware is concerned the camera of the Lenny 3 performs better at close ups than at landscapes: 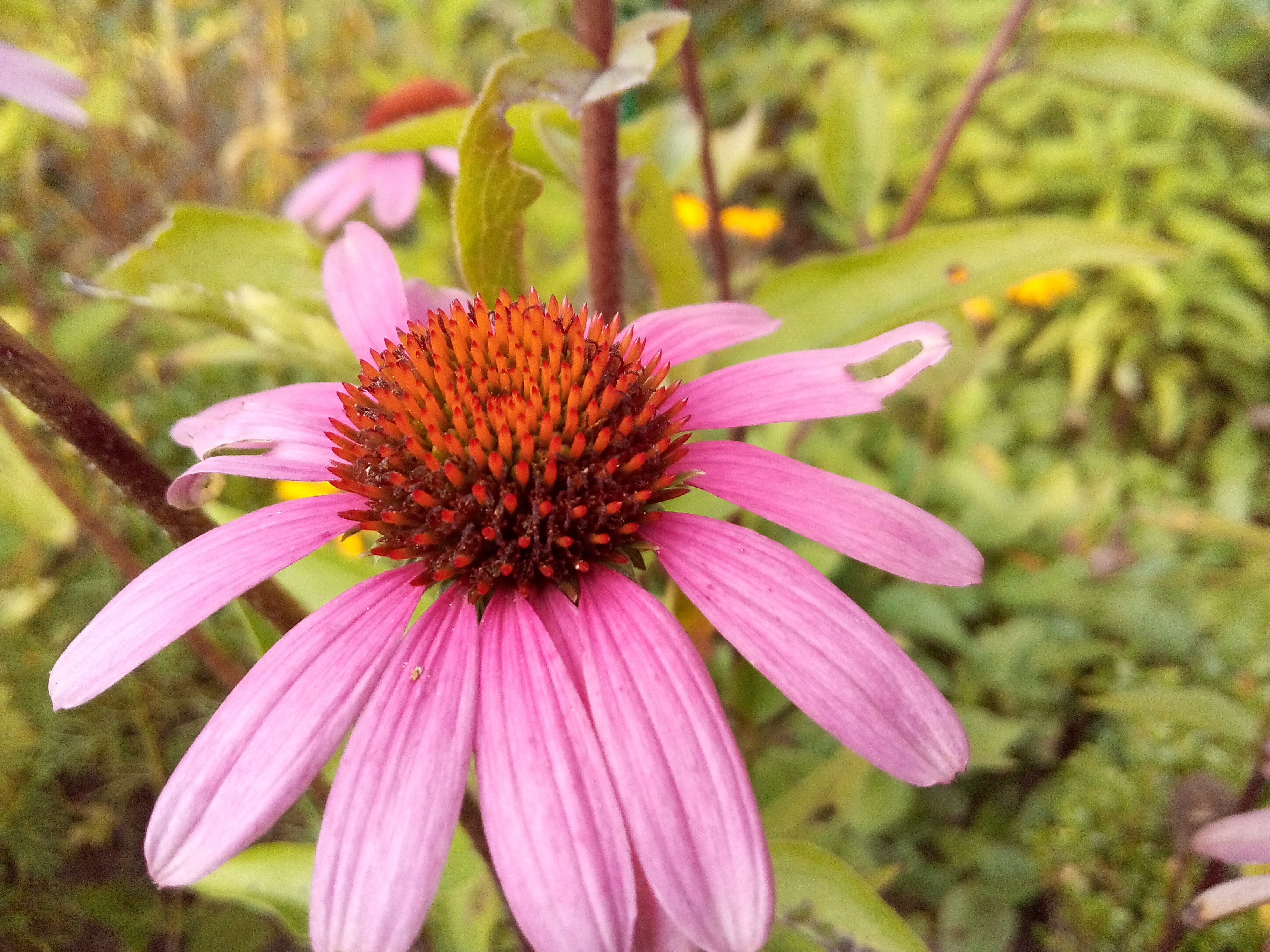 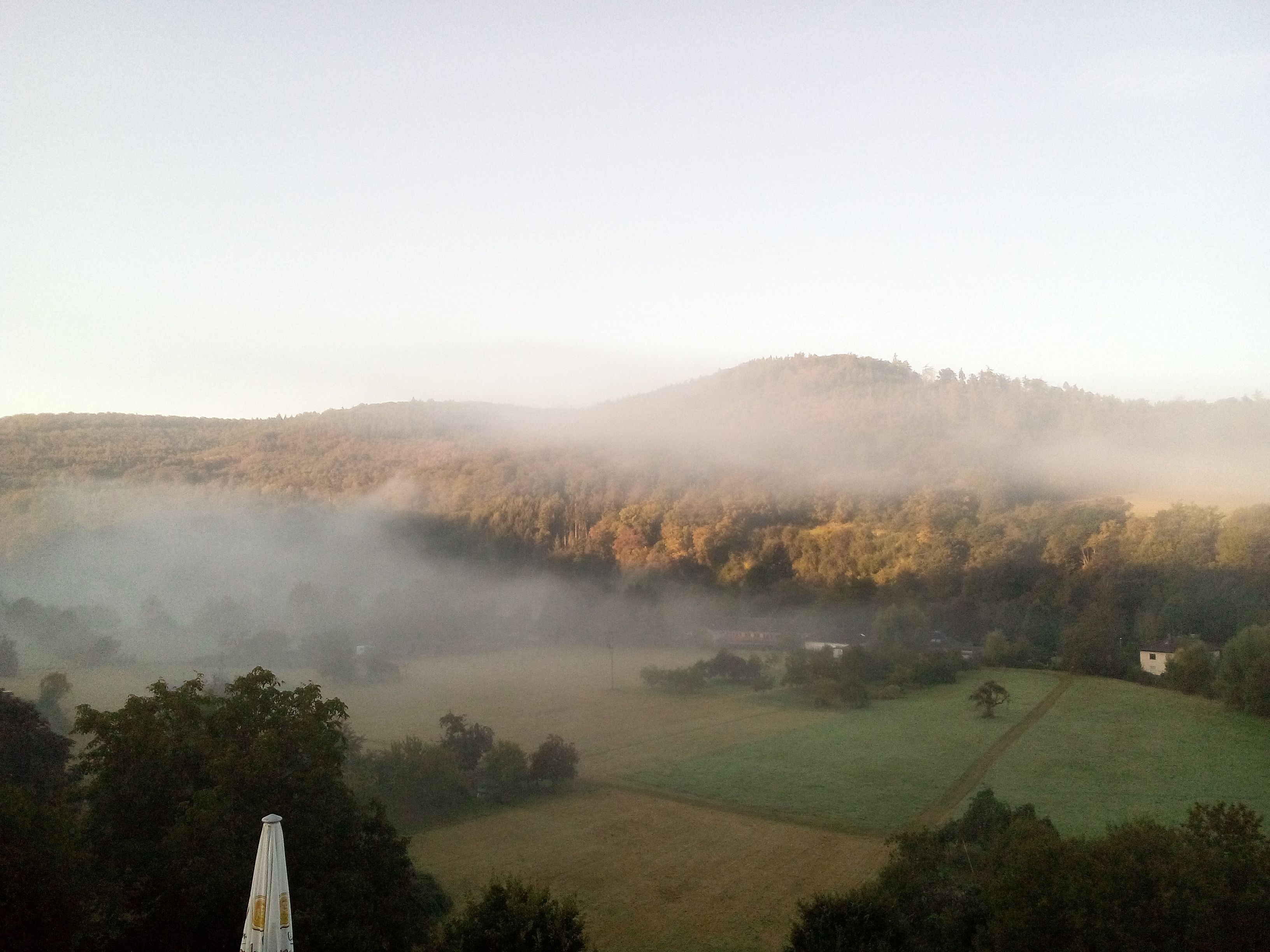 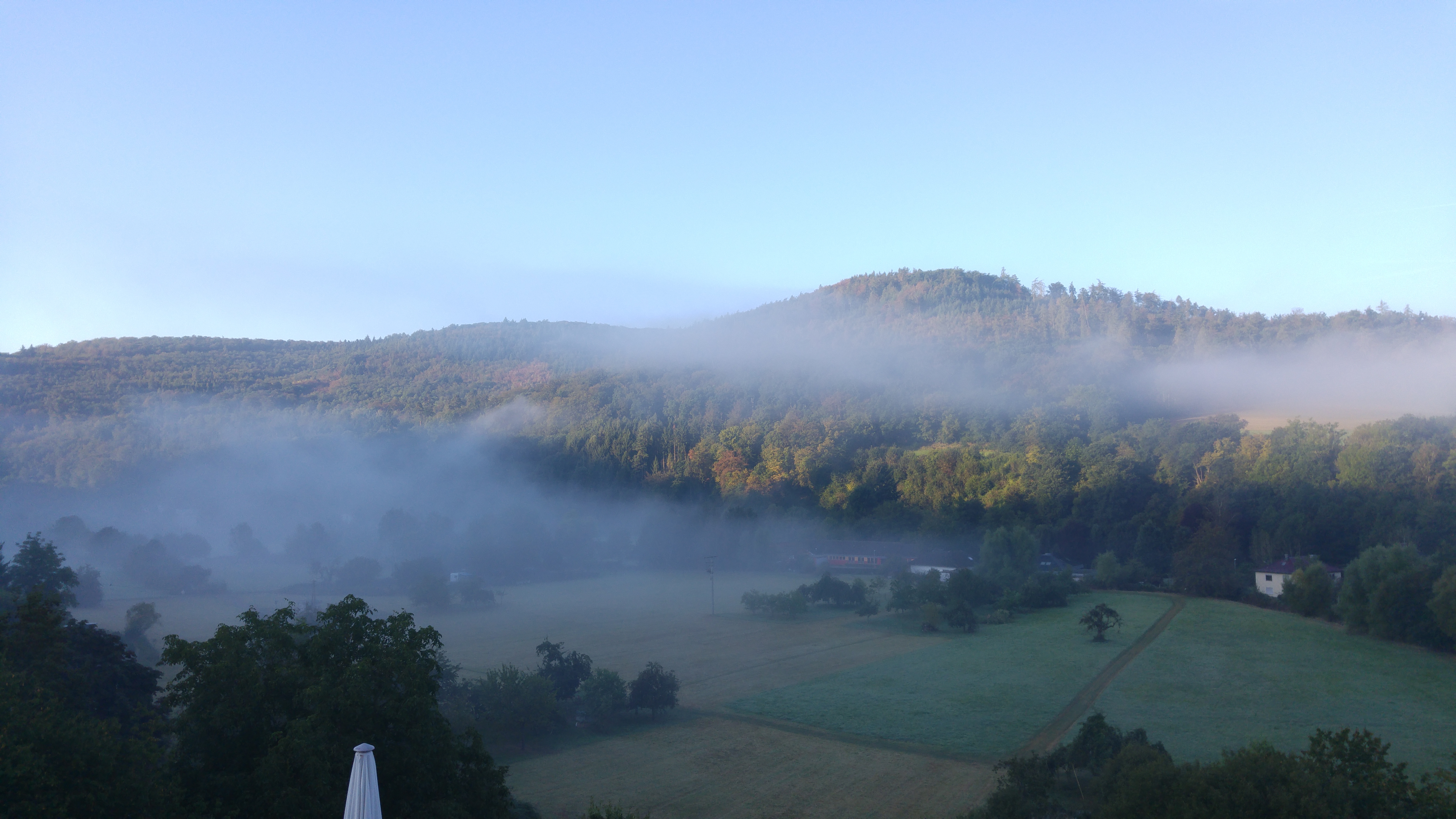 Also interesting: the Lenny’s colours are much warmer. But it could be that I had forgotten to set the Lenny’s White Balance back to auto. The LG G4’s image is closer to the truth.

For editing images I used Snapseed, and it worked well and quickly.

For filming video footage, the native camera app is too rudimentary and does not offer manual settings. I tried FilmicPlus and Cinema FV-5 instead. FilmicPro is out of range for the phone. The Lenny 3 didn‘t work well with FilmicPlus: if I set for instance the frame rate to 24 (25 is not supported), the Lenny would record it with 10,25 fps. Why? No clue. Also, while playing the videos, I noticed little stops in between. The video was not playing smoothly.

With Cinema FV-5 it was different. I could manually choose 25 fps, though I don’t know whether the apps really recorded it at that speed. However, the videos looked alright.

The problems began when I edited the footage. Although Kinemaster and Videoshow did work with the Lenny 3, the result was not convincing: 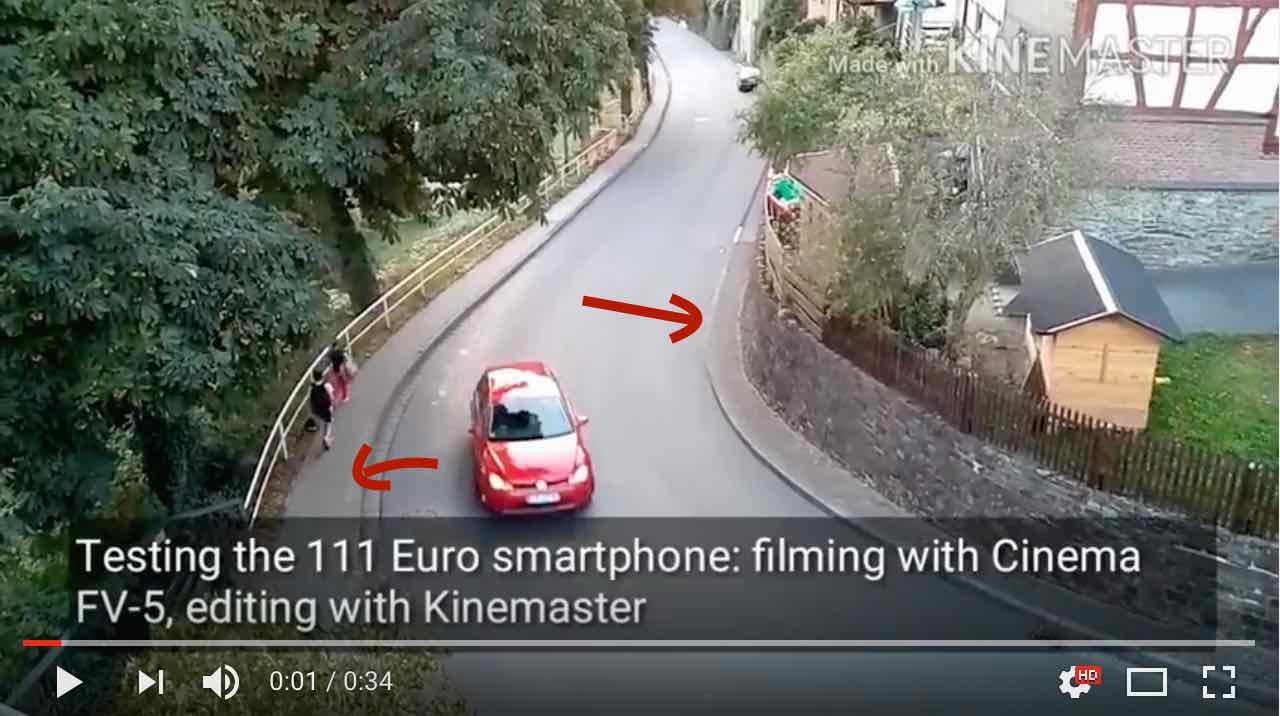 And here you can see the short video clip:

When I tried live streaming on Facebook, however, I was pleasantly surprised by the quality. I was standing on a field in the middle of (almost) nowhere, but the signal must have been good enough. And remember, I was filming the broadcast with the 5 MP front camera:

Here you can watch my live stream. I think it’s not bad for such an inexpensive phone, especially as I didn’t use an external microphone.

A Periscope live stream the following day didn’t achieve the same image quality, while I think that the sound is still pretty good:

3. Recording audio and editing it on the phone

I used a Røde Smartlav+ and the app Audio Evolution Mobile to record and edit the sounds. The app worked alright with the Lenny, altough editing longer packages with different tracks might become cumbersome because of the sometimes insenitive touchscreen. In the following example, I used only two tracks: one for my voice, and the second for the sounds:

To be fair: the Lenny 3 doesn’t cost much, and for about a hundred Euros you can easily record and edit audio on the phone and use it for live broadcasts. You can also use it in social networks for reporting. Although Snapchat’s filters can slow the phone down pretty much. Where it really falls short is the image quality when you film with third party apps and edit the footage.

I don’t mind having the phone as a back up, especially as it has a dual SIM card slot. But in general I can’t recommend it for mobile reporting. My recommendation: If you’re on a tight budget and you want to use Android phones, go for last year’s champion or have a look at the second hand market. It’s worth a try, especially if the phones have an exchangeable battery.

4 Gedanken zu „Can you do mobile reporting with a 111 Euro smartphone?“