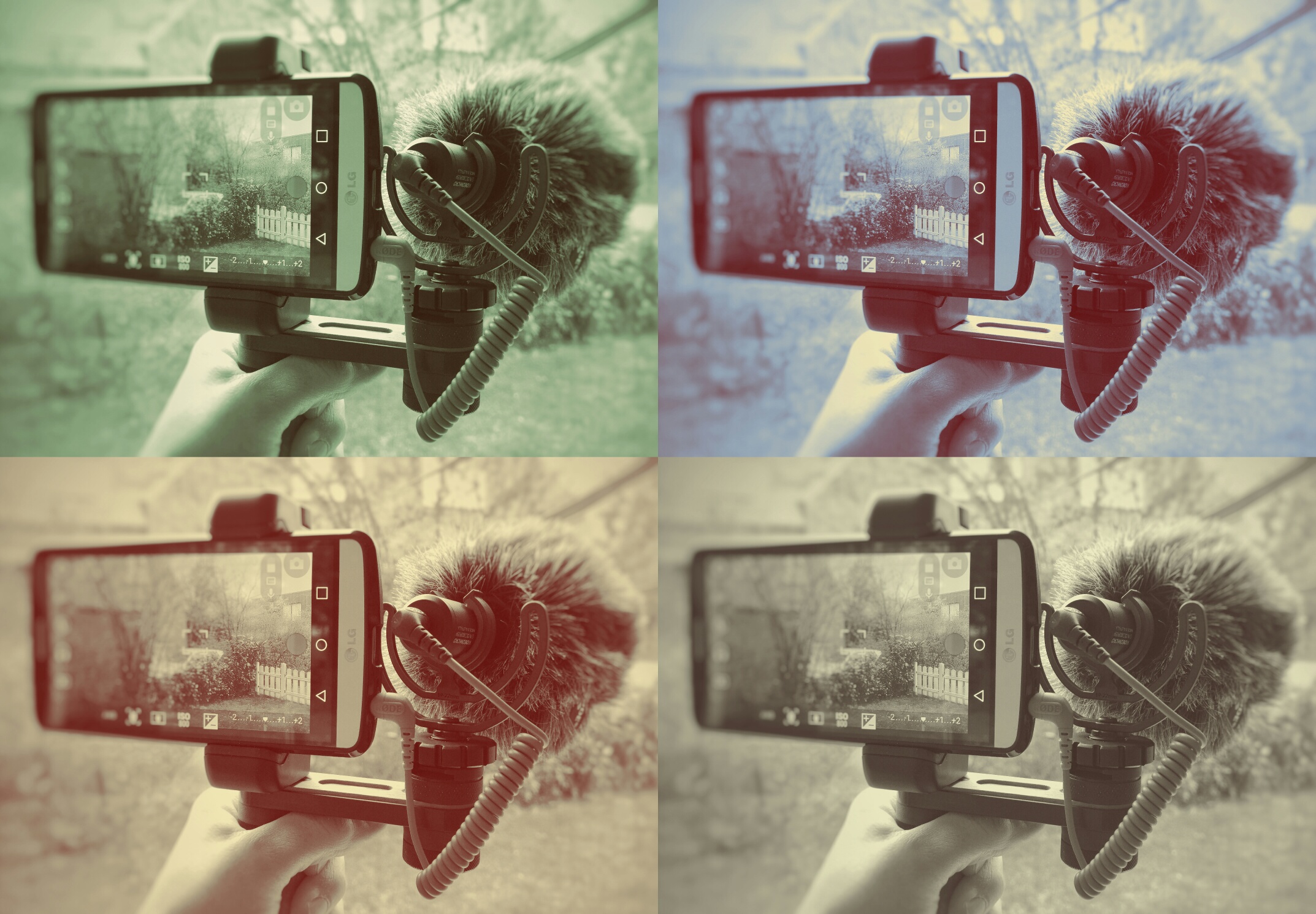 Say, you are on a tight budget, but want to do mobile journalism. Is it worth then buying a second hand Android smartphone? Yes it is. If you choose the right phone and keep a few important things in mind – as I had to learn the hard way.

I get quite a number of mails and messages from people who ask me which Android phone to buy. Mostly, they are looking for a new smartphone in the 250 to 350 Euro range.

The problem with these devices often is the quality of their cameras and that their processors are not so powerful. And that can be a drawback if you – for example – want to use the video editing app Kinemaster. For the developers recommend high end chipsets like Qualcomm’s Snapdragon 800 series for best performance. And you don’t find these chipsets in midrange phones. (Kinemaster is running on these phones too, but sometimes not so fast or not with all functions.)

So I wondered if it wasn’t a good idea to buy a top end smartphone second hand. And if you really want to save some money, it has to be a smartphone that is older than two years. For in the Android world even prices of new phones go down very quickly after some time because there are so many competitors. And used smartphone are of course even cheaper.

These were my thoughts, not necessarily in order of importance, except for (1) 🙂

(1) I really wanted to save money! (For in a lot of countries there are journalists who realize the potential of mobile journalism but don’t have much money to spend.)

(2) I wanted a phone that was once a flagship phone of its company (for the fast processor).

(3) I wanted a phone that was running on at least Android 6 aka Marshmallow (for app compatability and security).

(4) I wanted a phone with an exchangeable battery. For when you buy a second hand phone you never know how good the battery still is. And if you can’t change the battery yourself it’s becoming more expensive again.

(5) I wanted a phone with a decent camera.

(6) I wanted a smartphone with exchangeable SD storage.

After some research I made my choice: the LG G3 seemed to fit this bill. You can find all the specs here. I chose the version with 16GB internal memory and 2GB Ram, simply because it was the cheapest on Ebay and still promised good performance. In February, I got the phone via snailmail for 110 Euro.

UPDATE: May, 30, 2018. Today, I’d definitely try to get my hands on a second hand LG G5. It still has an exchangeable battery and is likely to be upgraded to Android 8. You can get one in a good condition for about 150 Euros. (Here you get the full specs.)

And that’s the thing, I’d never do again: order a used smartphone online from a private vendor without guarantee.

I trusted the previous owner when she mailed that it had no scratches. I did have scratches, even on the camera lense. Fortunately, they don’t affect the photo quality. But, worse, apparently the headphone jack doesn’t work properly with external microphones. For every time I plug a mike into the LG, there is some deep humming noise in the recorded video or audio clip.

Okay, that’s it. End of story, right? If the smartphone can’t record properly with an external mike, then you can’t use it for mobile journalism. True.

Inform yourself online about the phone you want to buy, check prices on Ebay or regional/local platforms. Go to a phone seller’s shop, take a microphone and a headset with you and record something. Listen closely. Test the phone thoroughly. If it works fine, buy it, and you can make a bargain.

For the LG G3 is quite a good phone for 110 Euro. Especially, if you compare it with new smartphones which cost the same. (Read my review of the Lenny 3, which also cost 110 Euro when I bought it last year.)

But judge for yourself and have a look at the photos, the video footage and the live stream that I recorded. Also, I’ll mention the compatible mojo apps which I used with the LG G3. 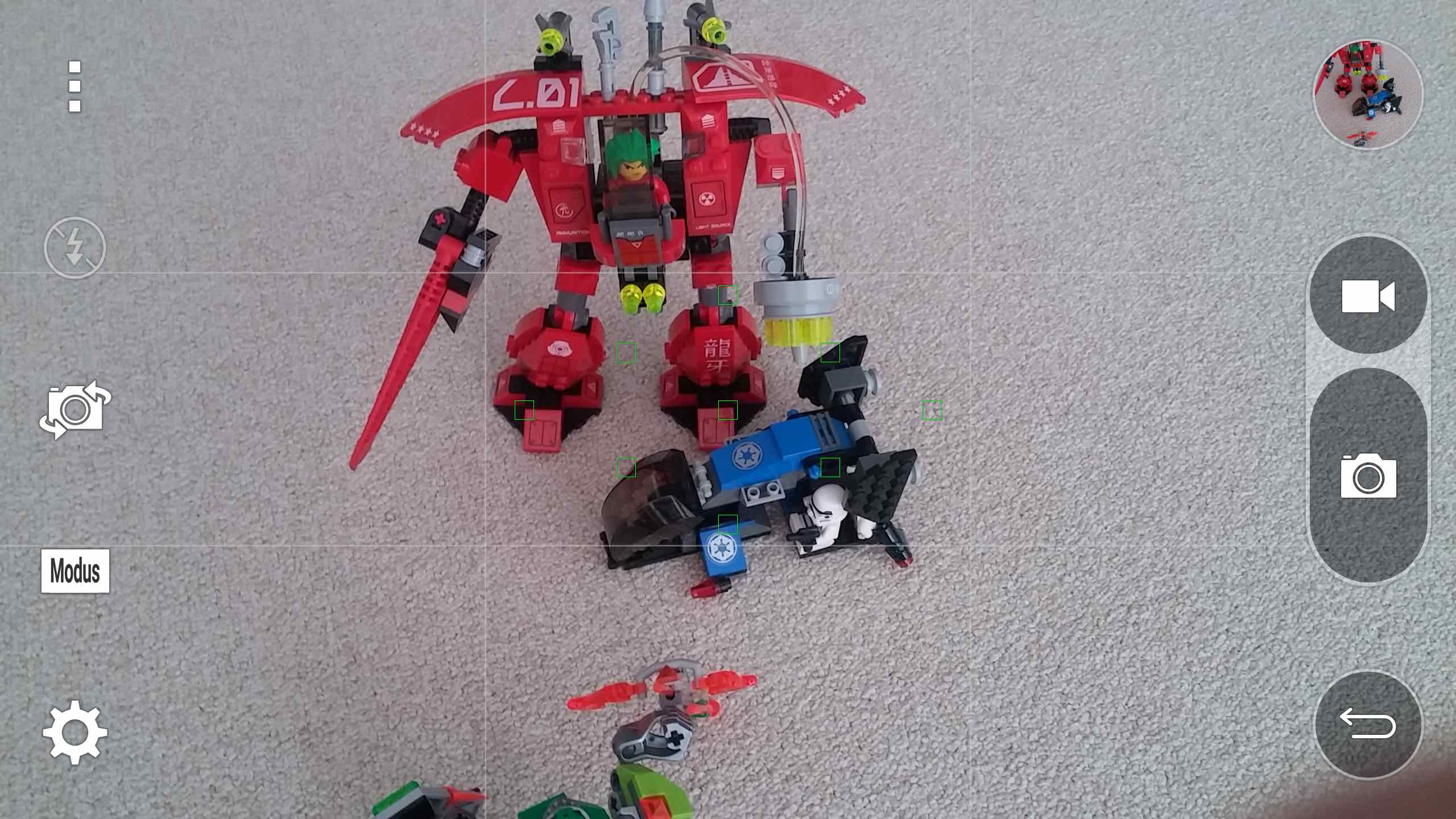 There’s one video feature of the native camera that I liked, it’s called dual mode and it might come in handy for reporting: 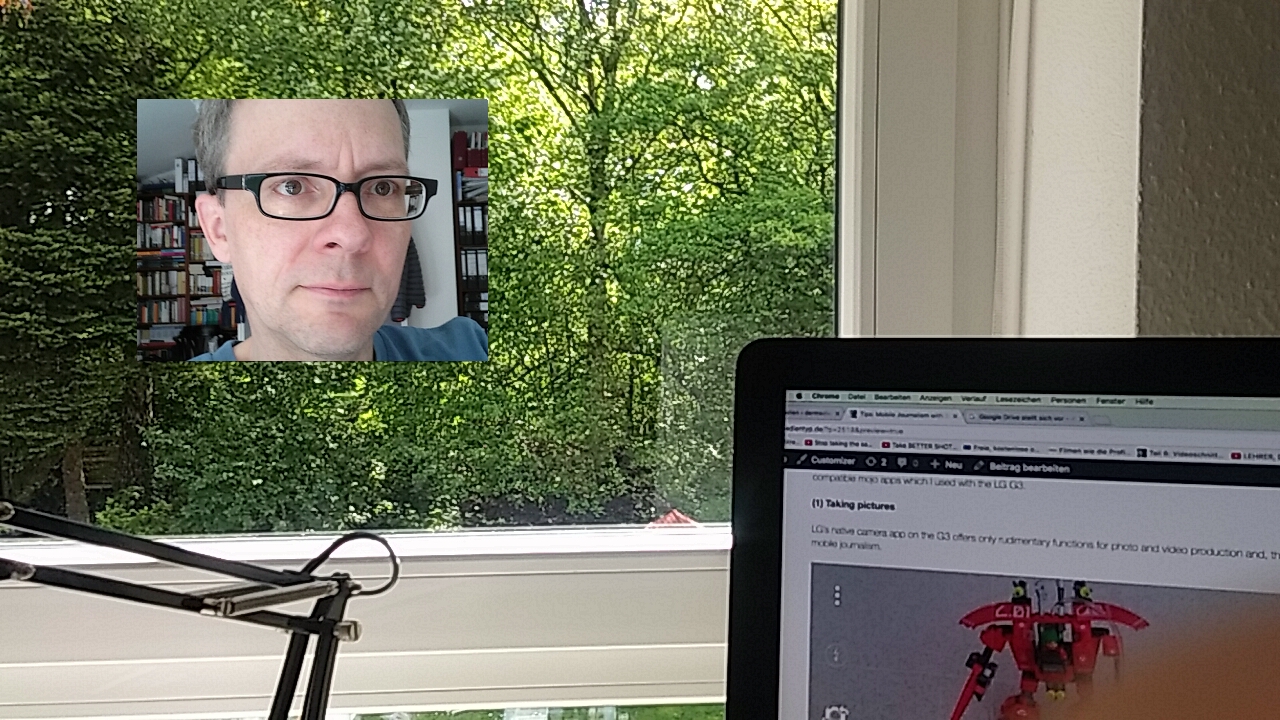 There are, however, several camera apps that work well with the LG G3: I liked Bacon Camera best, because this app pimps up the LG with manual functions: 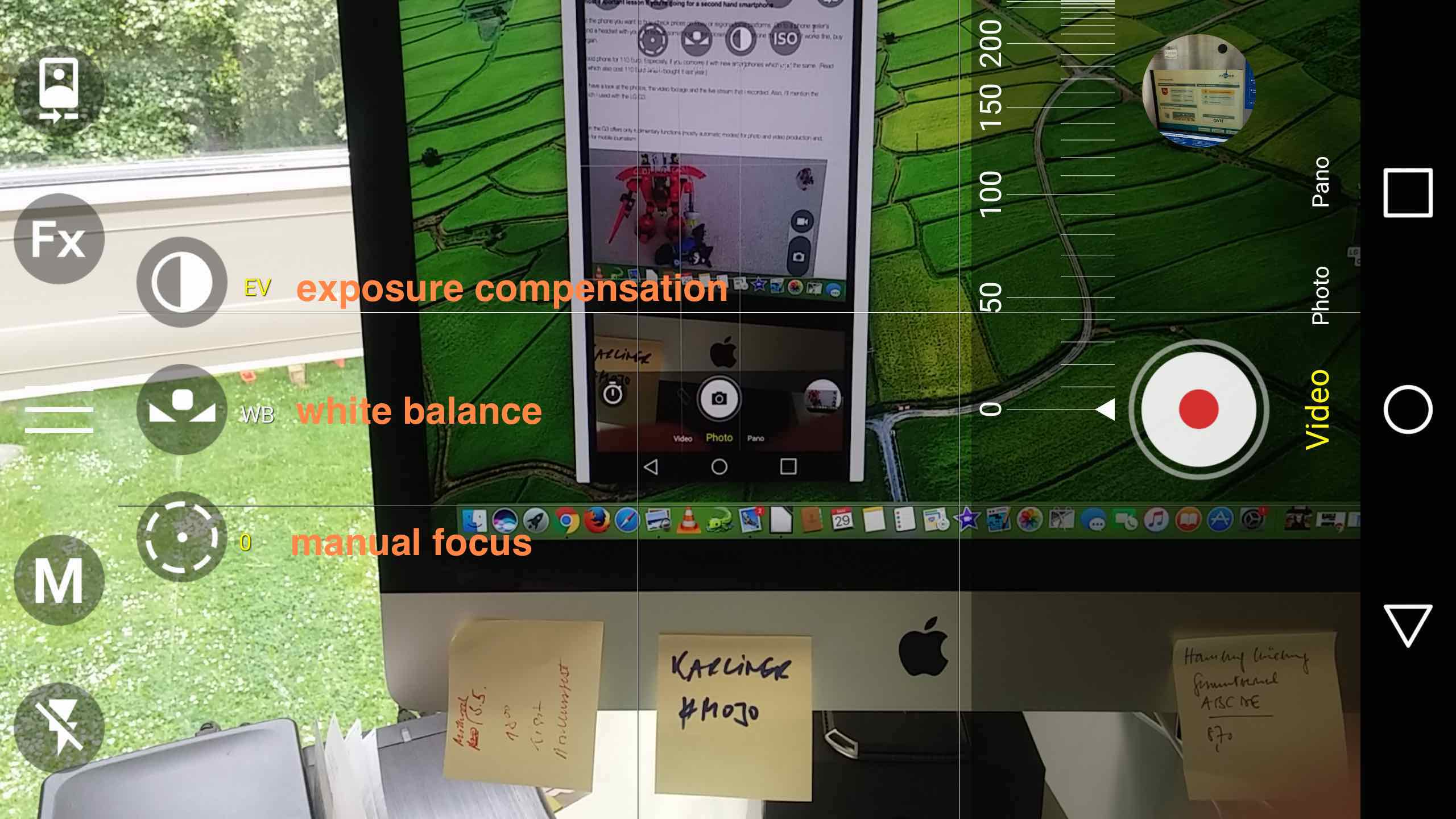 Other apps I used: Open Camera, Camera FV-5, ProShot, A Better Camera and Adobe’s Lightroom (which actually is an editor with an inbuilt camera). Here are some photos taken with the rear camera, playing with the depth of field. The first two, I shot with the Open Camera, the third with Camera FV-5: 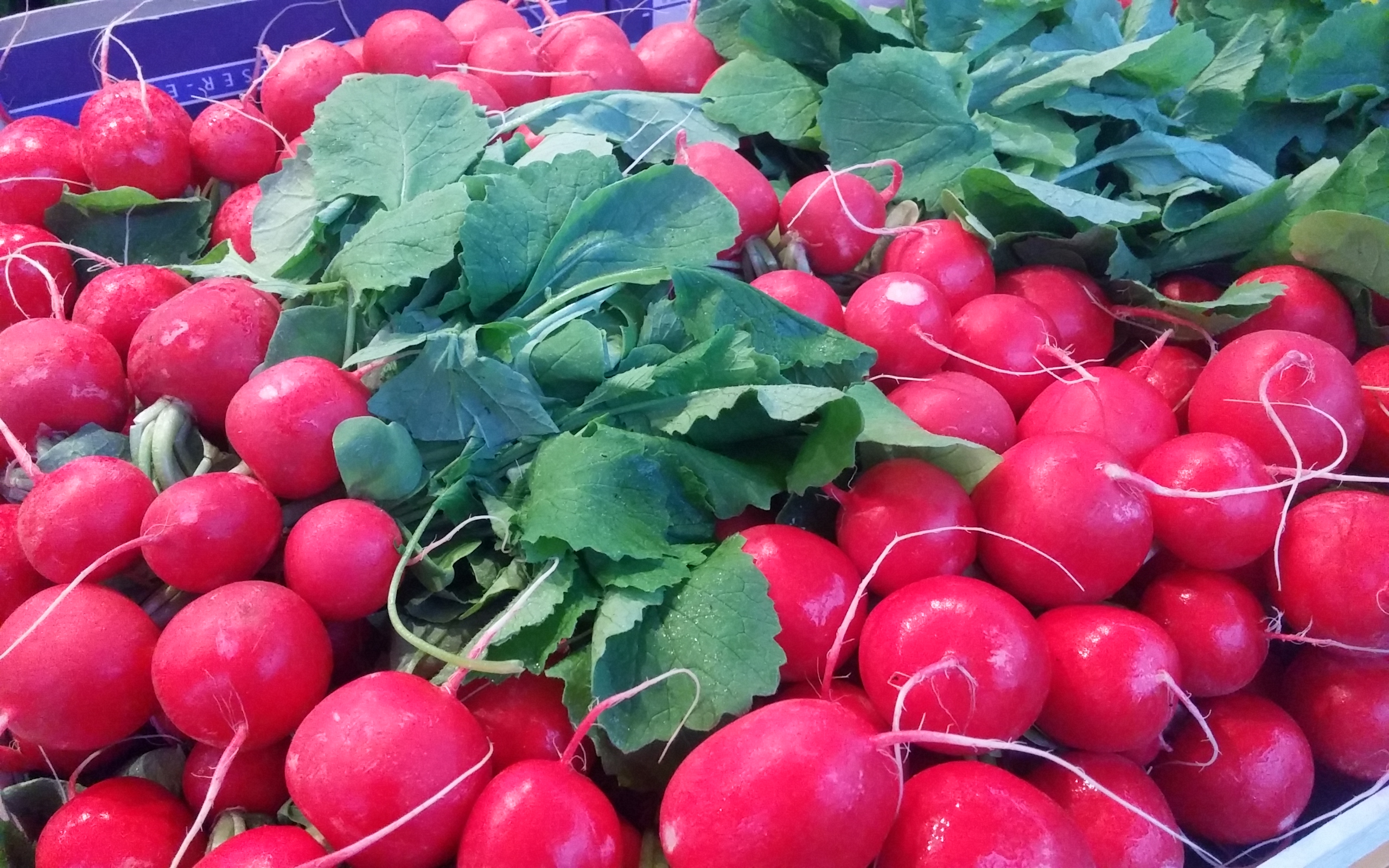 For filming, I preferred Bacon Camera, because it gives you manual control over EV, WB and Focus. You can also set the video and audio bitrates. (I noticed some minor bugs with Bacon Camera, though, but they weren’t really annoying: once the app didn’t show the footage I had just recorded, but it was visible in the gallery; another time the app shut itself down.) Editing worked well with PowerDirector (first clip), Kinemaster (second clip) and Quik (yes, third clip): 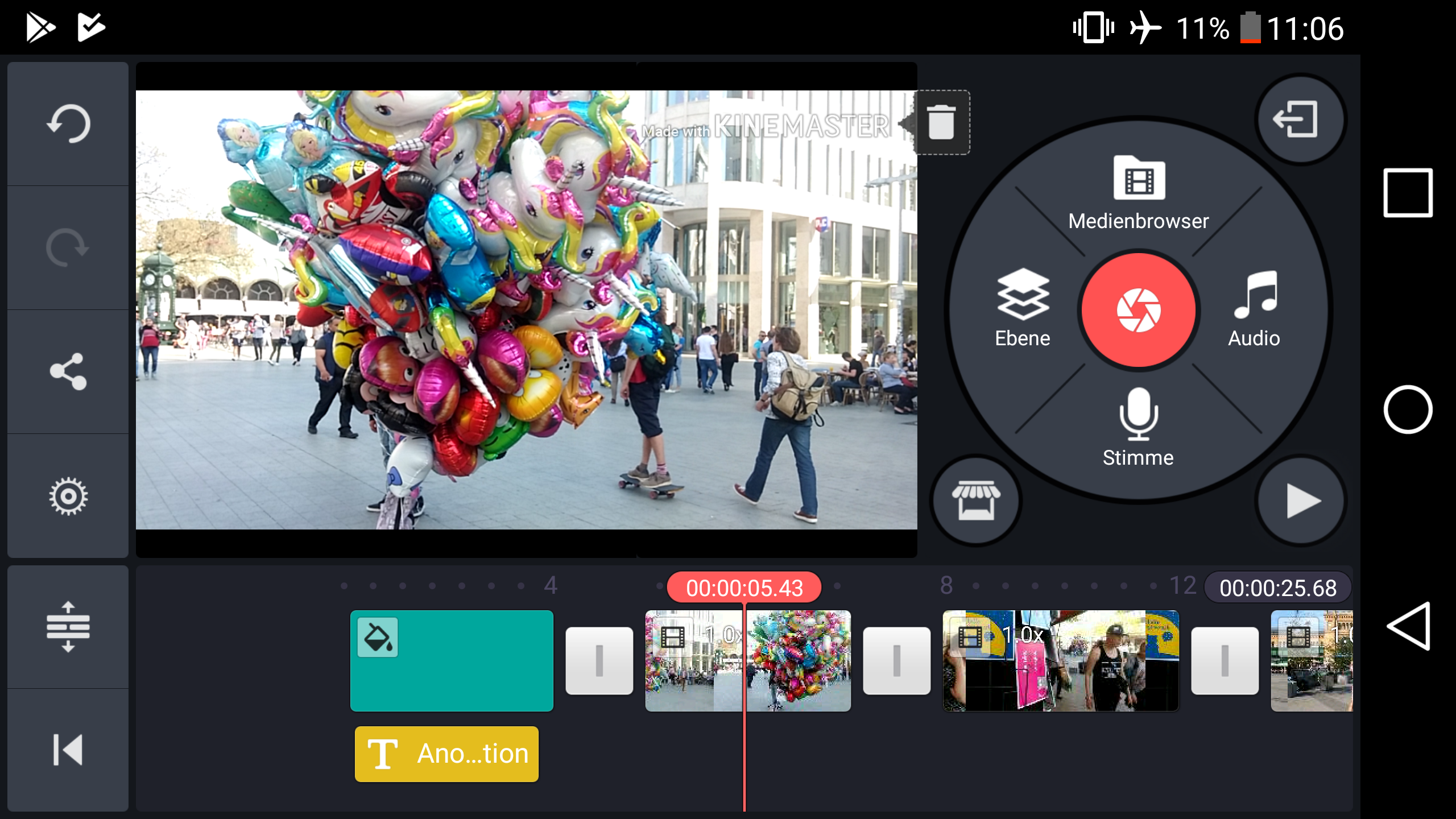 I also used Twitter, Facebook, Instagram, Snapseed and other usual mojo suspects and they all worked fine with the LG G3. Only Snapchat’s filters can slow down the phone. But you can still use the app well.

If you keep in mind to test the second hand smartphone before you buy it or if you can get it with a guarantee, you can’t go far wrong. I’d recommend though that you aim for high end phones which are one or two years old, for they have the the most powerful processors and offer you best value for money. – As always, I’d like to hear what you think about it.